Has my diagonal toward RPGs become blatantly obvious however ?

Portal 2 vs. Undertale – This is… truly hard. Harder than I expected. But I think… I still… have to give this to Undertale .

Final Fantasy IV vs. Dragon Age: Origins – This is hard. How do I compare an RPG everyone says is great, but which I haven ’ t played, to an RPG I know is great ? With a coin toss, that ’ s how ! Dragon Age : Origins wins ( but I ’ ll still play FFIV soon ) .

Bayonetta 2 vs. Silent Hill 2 – even up against my favorite survival horror series… the sheer fun I had with Bayonetta 2 shines through. Yes, that ’ second right. I pick Bayonetta 2 over Silent Hill 2 .
Things are heating up !
It ’ second time for the quarterfinals, a much more excite quarterfinals than the actual one we saw the other day. now my commitment to certain games will in truth be tested !
The World Ends With You vs. Tales of Symphonia – Zetta sad though it may be, this is where TWEWY must fall away. even over it, I pick Tales of Symphonia.

Undertale vs. Phoenix Wright: Ace Attorney – This is a strange match for many reasons. Both games are curious. Both games have sad moments. Both are deeper and more brainy than they appear on the surface. Undertale tied references Ace Attorney. I am conflicted, torn, and confused… but I think I must pick Phoenix Wright : Ace Attorney .
Trials & Tribulations vs. Dragon Age: Origins – Likewise, I may love Dragon Age, but Trials & Tribulations is moving on !
Paper Mario vs. Bayonetta 2 – It ’ s another unmanageable, atrocious option. But you know what ? I ’ m going to do it. I ’ meter going to pick Bayonetta 2 .
Wow… these semifinals will be unusual, to say the least .
We ’ ve come this far with a long ton of angels and lawyers, which is a little wyrd when you think about it .
Tales of Symphonia vs. Phoenix Wright: Ace Attorney – Phoenix, Edgeworth, I ’ molarity regretful. a much as it hurts, I have to pick Tales of Symphonia .

Trials & Tribulations vs. Bayonetta 2 – This is hard. They are such very different games, and both such excellent games. When I very think about it, I have to say Trials & Tribulations .
One end pick… here we go !
And this is why the real concluding round looks nothing like my final round. If all of my picks advanced in every match, we would end up with :
Tales of Symphonia vs. Phoenix Wright: Ace Attorney – Trials and Tribulations
And the final winner…
The game I would call “ best game ever ” …
The game I ’ ve already described as “ perfective ” … 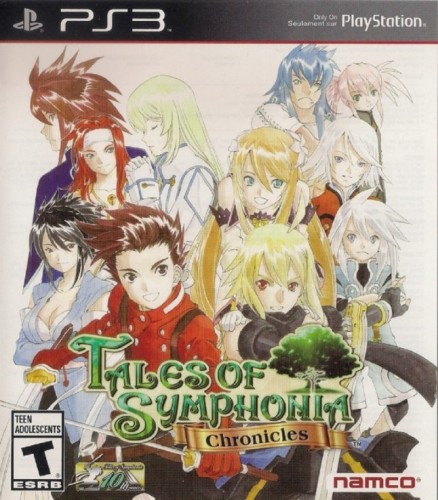 man, I loved that game .
What do you think of my picks ?